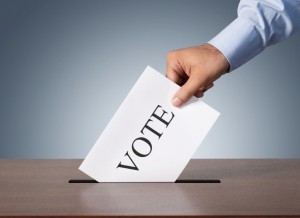 Raleigh, N.C. – Voters will choose whether to make North Carolina the 34th state to require ID at the polls, after the state Senate on Thursday, June 28th, tentatively approved a proposed constitutional amendment that will appear on the November 2018 ballot. The House of Representatives has already approved the measure.

If a majority of voters agree, the proposal will amend the state constitution to require that North Carolina citizens show photo identification in order to cast their votes in person.

Currently, North Carolina is the last state in the Southeast not to have some form of voter ID at the polls. Voter ID was upheld by the United States Supreme Court in 2008.

Polls have shown voter ID is hugely popular in North Carolina and across the country:

“For years, the overwhelming majority of North Carolinians have voiced strong support for requiring photo ID at the polls,” said Senate Leader Phil Berger (R-Rockingham.) “People know it’s just common sense. This amendment gives North Carolinians – not judges or politicians – the right to decide if photo ID should be part of our state’s constitution.”