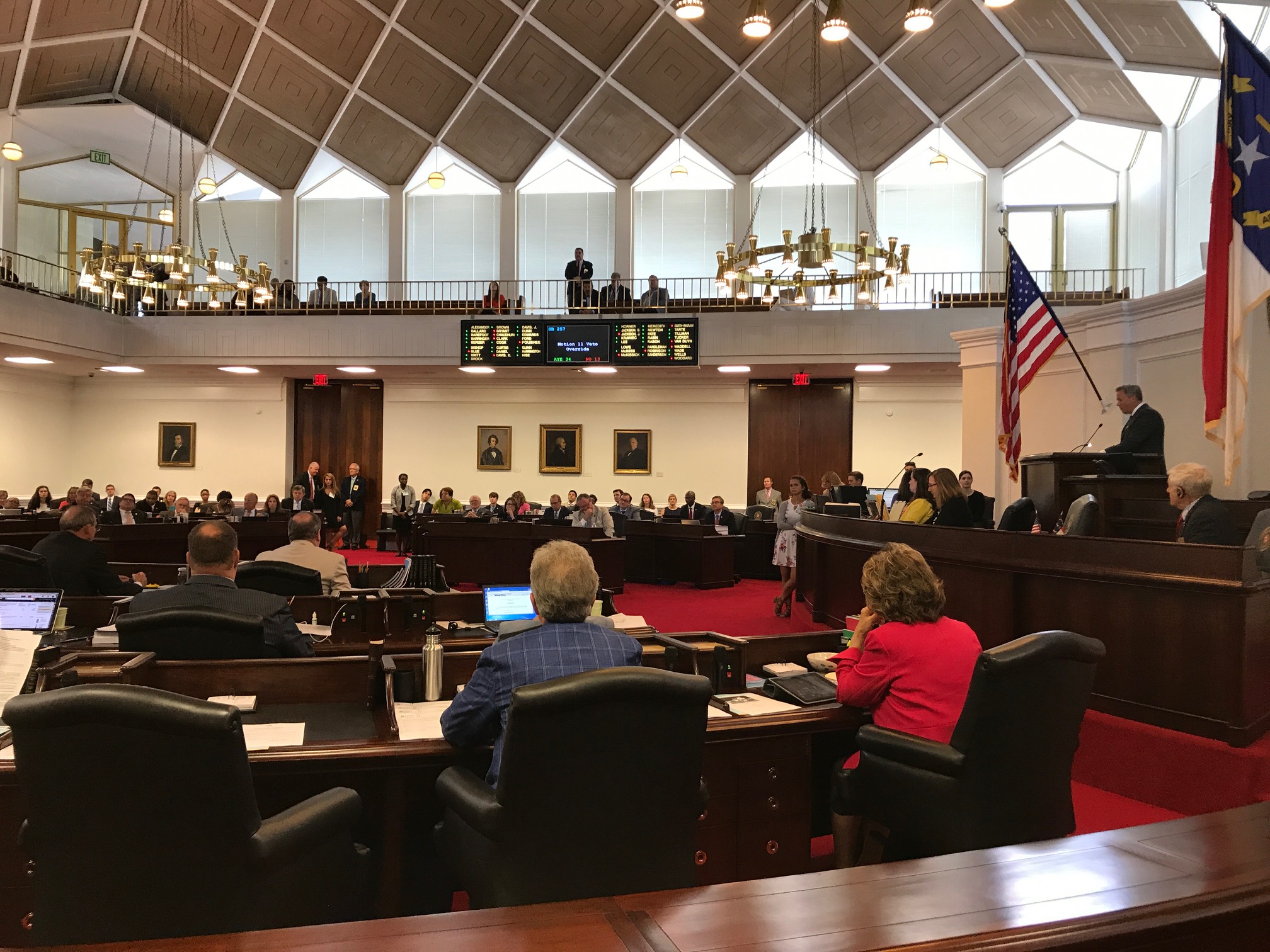 Earlier in the day, Cooper called on lawmakers to sustain his veto. Senate Leader Phil Berger (R-Rockingham) sent the governor the following response:

I am in receipt of your June 27, 2017 letter explaining your reasons for vetoing the 2017-2018 state budget – a budget supported by roughly 70 percent of the General Assembly, including members of your party.

As you know from your service in the legislature, the state budget reflects the dedicated work of many dozens of the people’s elected representatives coming together to identify what they believe are the most important priorities for our state. I appreciate your recognition of some of the good work that has been done in this budget, including the major new tools for economic development and job creation, the substantial increases to school principal pay and the addition of thousands of slots to the pre-K program.

However, I am also deeply troubled that you seem to be backing away from the hallmark promises you made to the people of North Carolina, both on the campaign trail and when you made your own budget recommendations.

First, you pledged to ‘put more money in people's pockets by cutting taxes for middle class families.’ Legislators have long shared that goal. It is for that reason that, according to nonpartisan staff, the largest beneficiaries of the tax reductions contained in this budget are those earning less than $50,000. Our plan also removes 95,000 of the lowest-income North Carolinians from state tax rolls altogether and shifts more of the overall tax burden toward the highest earners. Put simply, this budget keeps your promise, and any claims to the contrary are false.

Second, you promised robust support for public education. And while you are correct that the plan for public education outlined in this budget is not ‘your’ plan, it does provide robust support, including a fourth consecutive teacher pay raise (this time totaling the 10 percent average increase you called for), scholarships for children of gold star veterans killed in combat, and school construction funds for our most economically distressed counties. I am concerned you would reject these good ideas because they were not your own.

I understand you fundamentally disagree with many legislators about the scope and size of state government. But you cannot deny that Republicans’ philosophy and approach of overall spending discipline and broad tax relief have resulted in consecutive years of balanced budgets and revenue surpluses, while other states that have relied on your tax-and-spend approach, like Illinois, are going bankrupt.

Governor, your veto is only the latest in a disappointing pattern of you publicly claiming to want to work together while doing the opposite. As many members of your party recognized, this budget agreement represented a tremendous display of bipartisanship, and you chose not to be a part of it.

Unfortunately, the people of North Carolina do not have the luxury of waiting while you continually rewrite your promises and move the goal posts for us to accomplish goals I am not sure you ever truly intended to achieve.

For those reasons, we will keep your promises for you and enact this budget into law.