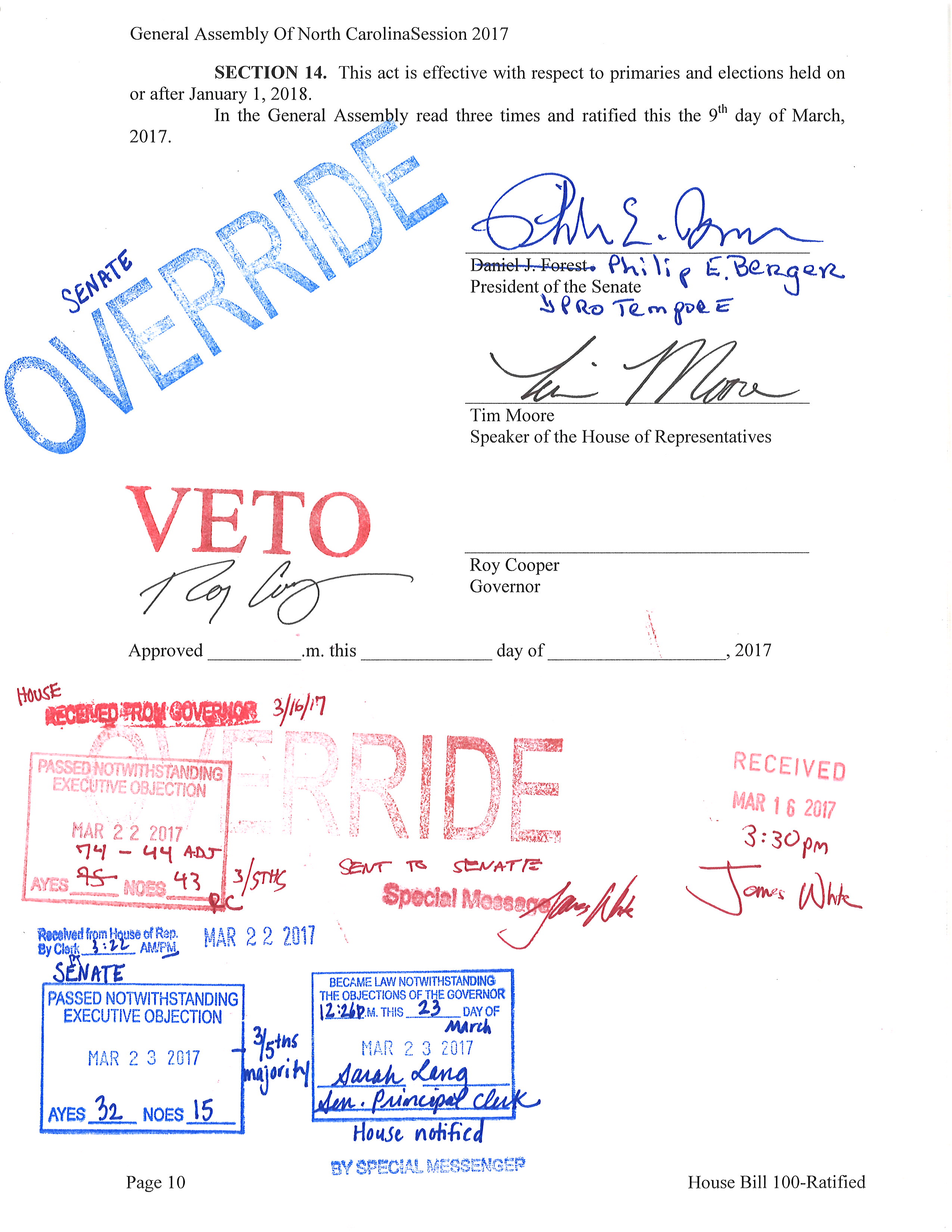 The law fully reinstates the system that was in place for decades prior to the late 1990s and early 2000s, before previous legislatures changed it to prevent voters from using party affiliation to elect judges with a conservative, strict constructionist approach to the constitution.

“For years, Gov. Cooper and his allies have stoked fears of voter disenfranchisement – yet when he had the opportunity to actually increase voter involvement, he rejected a measure that the data suggests would do just that,” said Senate Leader Phil Berger (R-Rockingham.) “I’m pleased the General Assembly corrected the governor’s misstep and this bill is now law.”