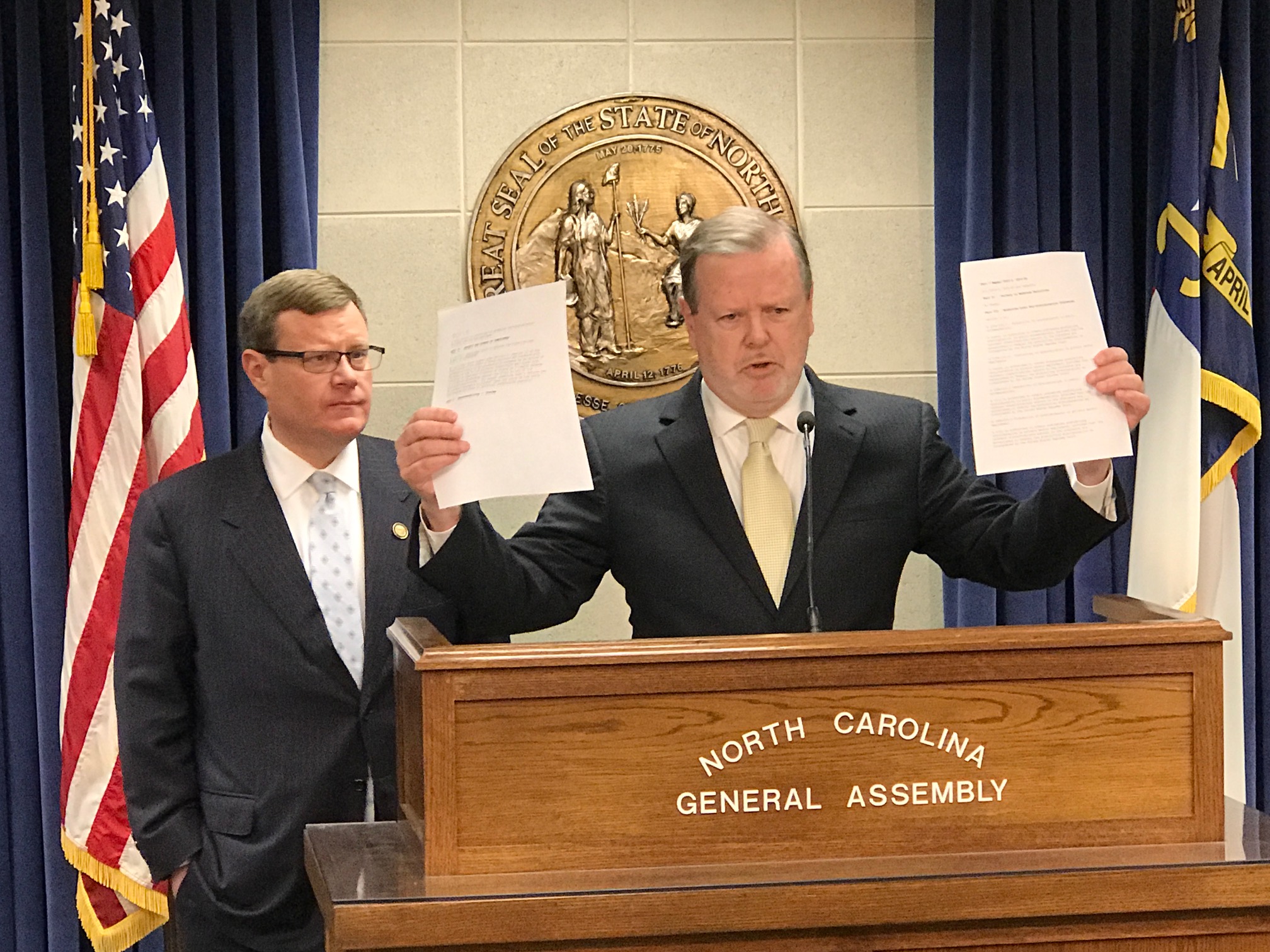 “We believe the four points in Gov. Cooper’s compromise proposal represent a path forward by repealing House Bill 2, protecting citizens’ privacy in bathrooms and changing rooms, authorizing local governments to adopt anti-discrimination ordinances consistent with federal law, and providing legal protections for violations of constitutional rights of conscience.  We believe if the governor can get Democratic legislators to support the principles outlined in his proposal, we can pass a bipartisan bill that will put the distraction of HB2 behind us once and for all,” said Berger and Moore.