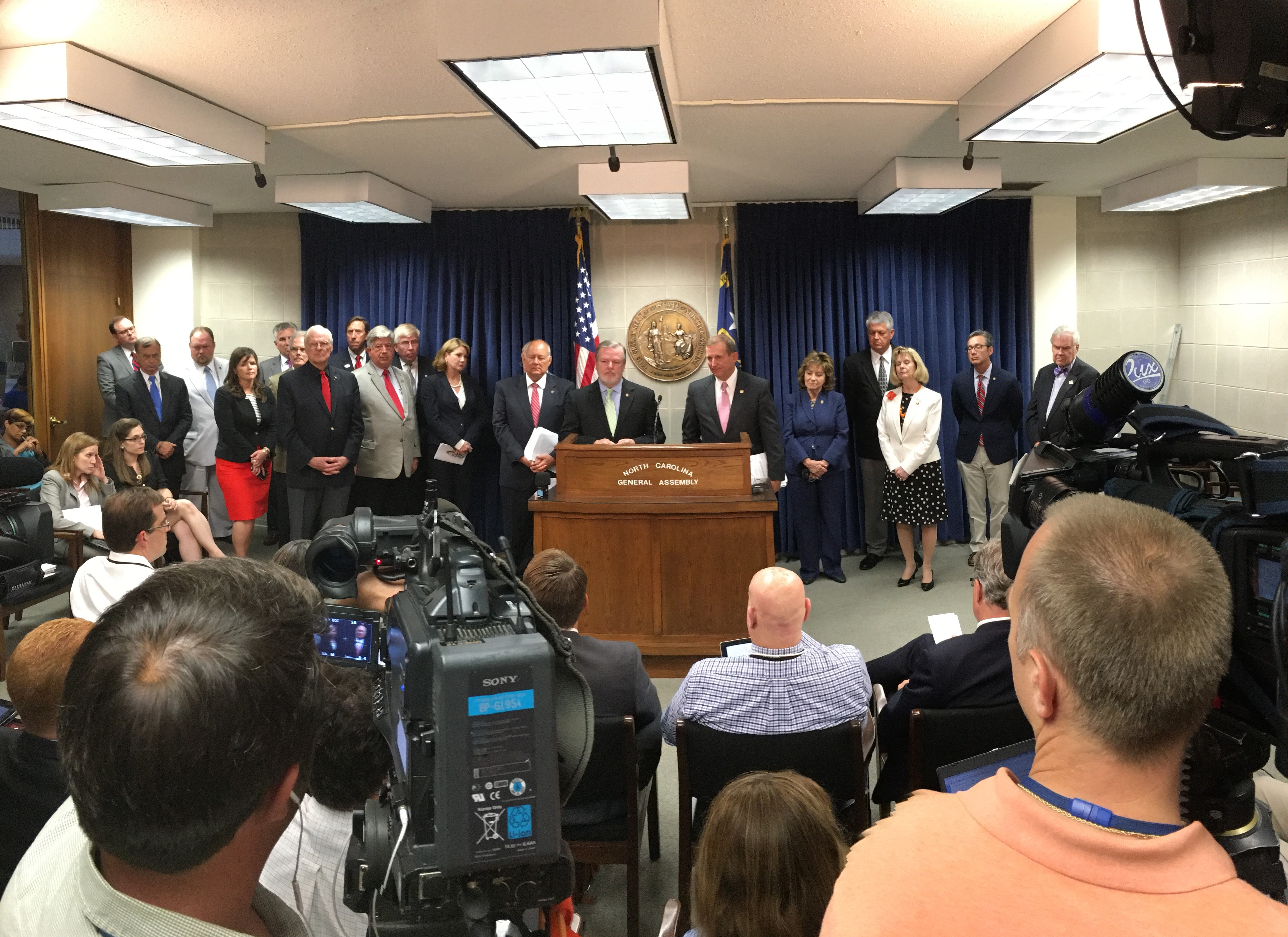 Raleigh, N.C. – North Carolina Senate Republicans on Tuesday announced highlights of a budget that embraces the priorities they share with Gov. Pat McCrory and the House of cutting taxes on the middle class, controlling the growth of government spending, bolstering the state’s savings, and dramatically increasing teacher pay – while providing over $180 million to state employees in performance-based pay increases or bonuses. The proposal meets the $22.225 billion spending level agreed to by the House and Senate.

The plan includes a responsible 2.26 percent spending increase, invests hundreds of millions of additional dollars in public education and other core priorities and adds $583 million to the state’s rainy day fund, meeting the statutory requirement of an 8 percent funding reserve for the first time ever.

The budget lays the groundwork for a bold plan for teachers to see their see their average pay surge to nearly $55,000 within two years for the first time in state history. If the proposal becomes law, average teacher pay will be up almost $10,000 – more than 20 percent – since the 2013-14 school year.

It provides major tax relief to the middle class and small businesses by making the first $17,500 a family earns exempt from income tax, with a family making the N.C. median household income of $44,000 annually seeing an additional tax cut of $110 next year. This will bring the total amount of tax relief provided by state Republican leaders since 2011 to approximately $3 billion per year.

And it includes provisions to help make college far more affordable and accessible to students across the state, strengthen and stabilize public universities with lower enrollment and stimulate regional economies.

“Helping our public schools and teachers, letting families keep more of their hard-earned money, and controlling the spiraling cost of college are the issues we hear about the most from people all across North Carolina,” said Senate Leader Phil Berger (R-Rockingham.) “I am proud of my Senate colleagues for crafting a balanced and fiscally responsible budget that includes a plan to raise average teacher pay to $55,000, allows the typical North Carolina family to keep an additional $110 by making the first $17,500 of their income tax-free, and reduces tuition at five public universities to $1,000 per year while ensuring tuition does not increase at any UNC system school during a student’s four years in college. That my Senate colleagues tackled these challenging issues while keeping the growth of government spending below 2.5 percent and filling our Rainy Day fund for the first time in state history shows tremendous discipline and a firm commitment to conservative budgeting principles.”

Additional key provisions of the budget include: