Roy Cooper is Trying to Save Obamacare 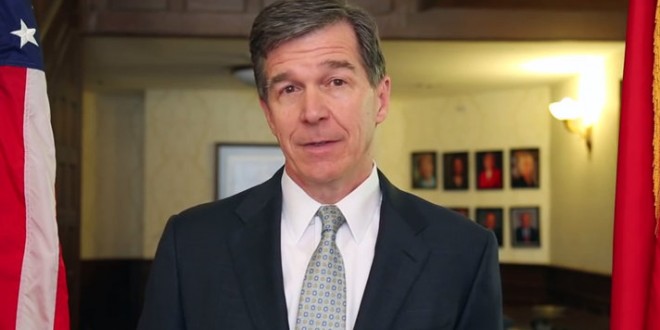 Just three days – three whole days! –after Roy Cooper was sworn in as governor, he announced he’ll try to break state law and raise taxes by billions of dollars to force thousands of North Carolinians onto Obamacare.

This is crazy. It’s blatantly illegal. And – no surprise here – it breaks Cooper’s campaign promise not to raise taxes on North Carolina families.

We cannot let this happen.

It’s pretty clear that Cooper and other liberal Democrats can’t accept the results of the presidential election. So they’re trying to undermine President-Elect Donald Trump’s promise to repeal Obamacare.

This would cost our state and our taxpayers billions of dollars. It would take state funds away schools, public safety and other vital services. It doubles down on horrible healthcare and skyrocketing insurance premiums that are crushing small businesses and families. And Cooper even admits it will require a tax increase, maybe on hospital patients.

We have to stop this. We’ve already asked the folks in Washington to block it. But we have to let Cooper and his cronies know North Carolinians won’t stand for illegal tax increases and skyrocketing healthcare costs. Will you pitch in $25, $50 or whatever you can afford to help us get the word out about Cooper’s illegal power grab?