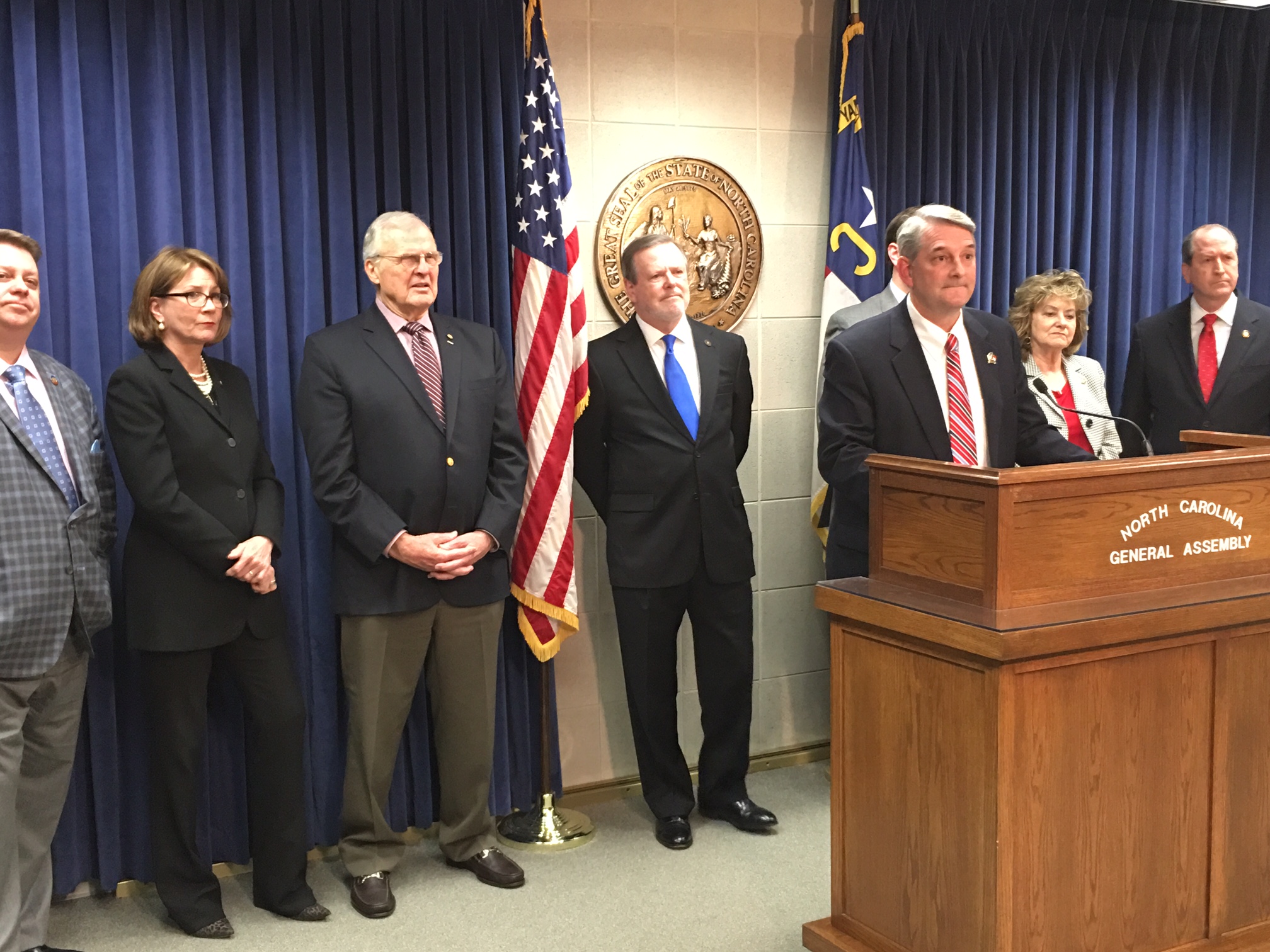 After Attorney General Roy Cooper claimed taking action against a radical Charlotte City Council ordinance allowing men to share public bathrooms and showers with young girls and women should not be a priority, Senate leaders renewed their call for him, as the state’s top lawyer and law enforcement official, to use his authority to enforce state criminal law and put the issue to rest once and for all.

In a Feb. 24, 2016 letter, Senate Judiciary I Chairman Buck Newton (R-Wilson), Senate Judiciary II Co-Chairmen Warren Daniel (R-Burke) and Shirley Randleman (R-Wilkes), and Senate Leader Phil Berger (R-Rockingham) outlined concerns with the reckless plan that prohibits sex-specific restrooms and said the ordinance legalizes conduct which would put North Carolinians elsewhere in jail. They called on Cooper to carry out his constitutional duty to ensure municipalities follow the same laws as everyone else.

In a Feb. 25 follow up letter, the lawmakers again asked for Cooper’s “clear position on this issue” and what action he planned to take to protect the safety and privacy of those who would be placed at risk.

Rather than address legislators’ concerns, Cooper twice punted his responsibility onto local prosecutors, even directing a lower-level staffer to give them non-binding advice.

Because of the attorney general’s failure to do his job, Sen. Buck Newton pledged Thursday to work with his colleagues and introduce legislation to fix the problem created by the Charlotte ordinance in the coming weeks.

“Roy Cooper’s blind devotion to the politically correct agenda of Barack Obama, the ACLU and the far-left fringe of the Democratic Party – that grown men and young girls should use the same bathroom and middle school boys and girls should share a locker room – defies common sense and puts our children and families at risk,” said Senate Leader Phil Berger.

“The City of Charlotte has turned a blind eye to the rule of law and common sense with this ordinance, and Roy Cooper is in lockstep with their thinking.  Roy Cooper has repeatedly claimed he will enforce the state’s laws – even the ones he disagrees with. However, this is yet another example of him refusing to do his job and enforce North Carolina’s laws. Roy Cooper has the power and responsibility to stop this dangerous nonsense now, but he continues his pattern of failing to perform his constitutional duties,” said Sen. Buck Newton.