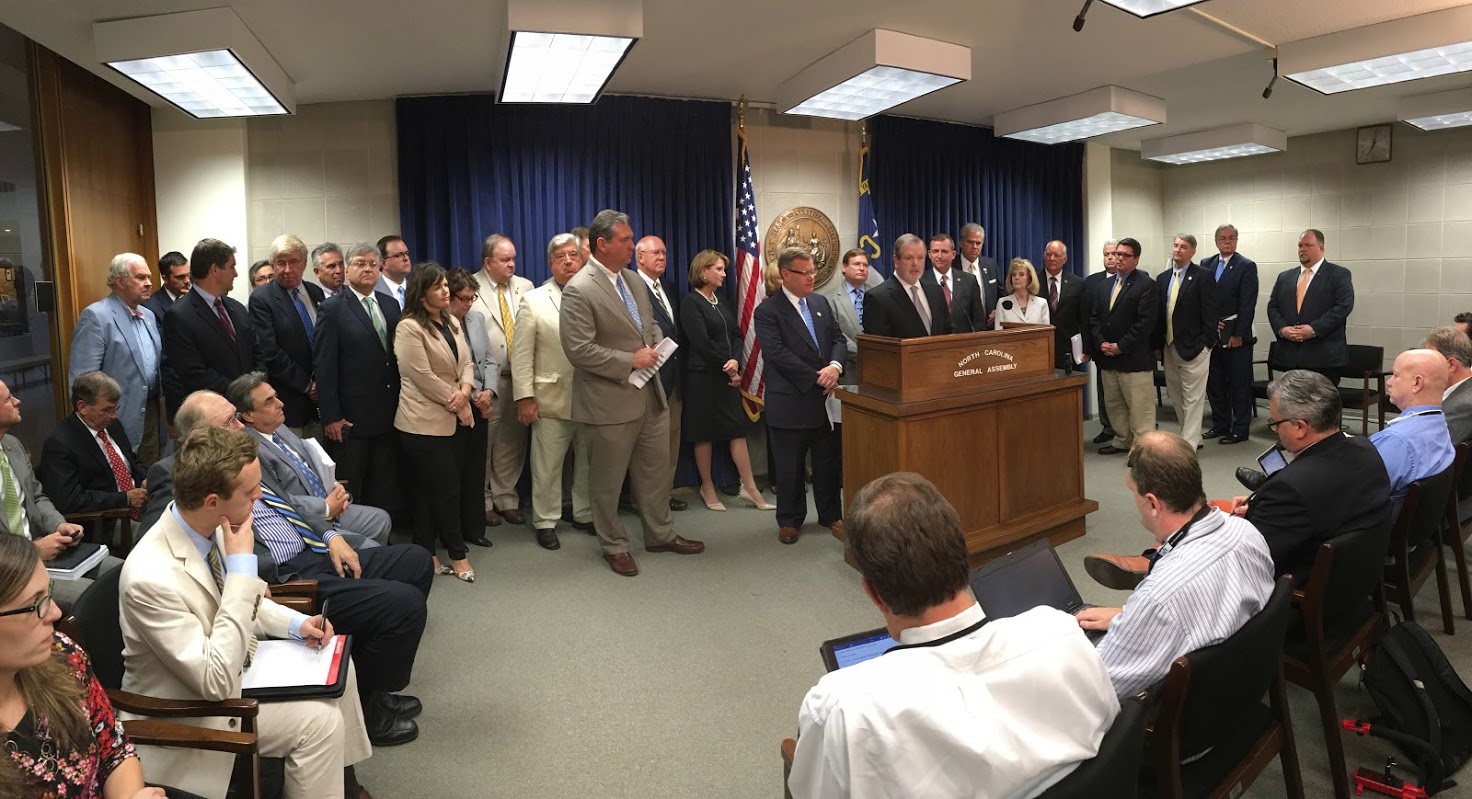 The agreement also provides more than $550 million in salary and benefit changes for state workers, including a permanent pay increase and bonus for state employees and a cost of living bonus for state retirees. It invests hundreds of millions of additional dollars in public education and other core priorities and shores up the state’s rainy day fund by close to $475 million. And it includes provisions to help make college far more affordable and accessible to students across the state, strengthen and stabilize public universities with lower enrollment and stimulate regional economies.

Finally, the budget provides major tax relief to the middle class and small businesses by making the first $17,500 a family earns exempt from income tax over the next two years, with a family making the N.C. median household income of $44,000 annually seeing an additional tax cut of $110 next year alone. This will bring the total amount of tax relief provided by state Republican leaders since 2011 to approximately $3 billion per year.

“I am grateful to members of the Senate and House for reaching a compromise that continues the discipline and conservative principles of spending responsibly, taxing sparingly and saving wisely that have turned North Carolina’s fiscal outlook around from multi-billion dollar deficits to significant budget surpluses,” said Berger. “This budget keeps our promises to support our public schools and raise teacher pay above $50,000, let families and small businesses keep more of their hard-earned money, and control the spiraling costs of college.”

“This budget is the embodiment of what can be accomplished when common sense, conservative ideas are put to work – we are cutting taxes, reinvesting in the state’s infrastructure and saving money,” said Moore. “I am particularly happy that, in addition to teachers, we were able to deliver pay raises to our state employees and provide a one-time payment to our much deserving state retirees.”

Moore went on to say, “the Governor, President Pro Tempore Berger and I entered this short session with a shared desire to give meaningful raises to teachers and tax relief to working-class North Carolinians while still demonstrating fiscal discipline and conservative budgeting. Through close collaboration, House and Senate budget writers helped achieve these goals in a major way.”

Other highlights of the budget agreement include:

The full budget agreement will be posted to the North Carolina General Assembly website at www.ncleg.net on Monday night.