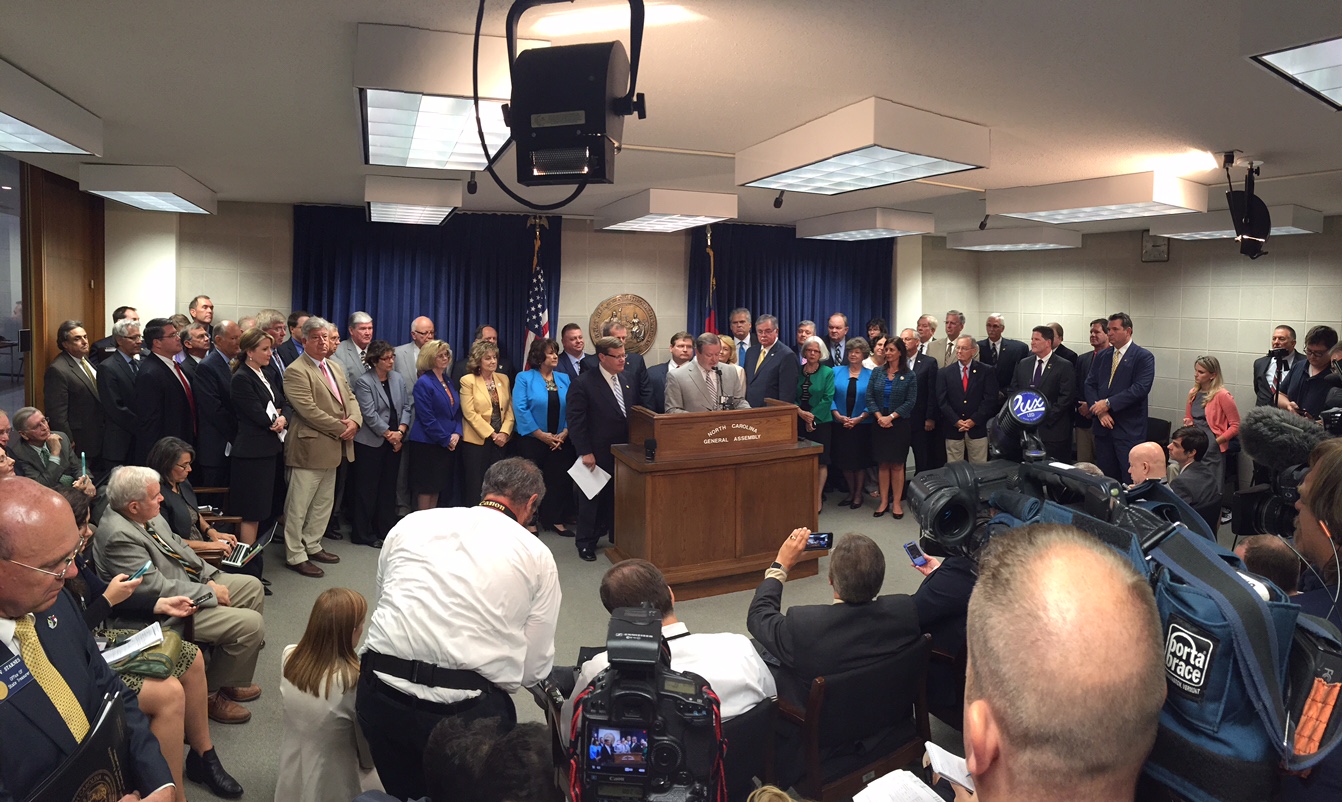 House Speaker Tim Moore (R-Cleveland) and Senate Leader Phil Berger (R-Rockingham) held a joint press conference Monday to announce details of the $21.735 billion budget agreement reached by members of the House and Senate this past weekend.

The compromise plan includes a responsible 3.1 percent spending increase, invests hundreds of millions of additional dollars in public education and other core priorities and shores up the state’s rainy day and repair and renovation funds by $600 million.

The plan increases early-career teacher pay to from $33,000 to $35,000 per year, fulfilling a promise made by state leaders last year. And over two years it preserves funding for driver education and for all teacher assistant positions supported in last year’s budget, requiring school systems to use the funds for those jobs.

The budget also invests an additional $705 million over two years for transportation needs, in part by ending a $216 million transfer from the Highway Fund to the General Fund and ensuring that money is finally spent on building and maintaining safe roads and bridges.

Finally, it contains a comprehensive tax reform package that reduces the tax burden on North Carolina families and small businesses by close to $400 million over the next two years and fully restores the state tax deduction for medical expenses. The plan also extends Historic Preservation Tax Credits.

“I am grateful to members of the Senate and House for their hard work in reaching a final budget agreement that is fiscally smart, sustainable and saves for the future – while still investing hundreds of millions of dollars for real needs in public education, public safety and transportation,” said Berger.

“Throughout this process, the House has remained firm on its priorities to reward our teachers and State personnel, preserve Driver Education, continue to employ valuable Teaching Assistants, find innovative ways to improve our education standards and to invest in North Carolina to strengthen our future. We can never afford to stop looking for ways to improve our State," stated Speaker Moore. "I am pleased that we have produced a responsible budget agreement that invests in North Carolina’s present and future, while it also puts more money back into taxpayers’ wallets. I commend the Budget Chairs and Conferees of both the House and Senate for their tireless efforts.”

Additional key provisions of the budget compromise include:

The full budget compromise bill will be posted to the North Carolina General Assembly website at www.ncleg.net on Monday evening.