DOES ROY COOPER SUPPORT ECONOMIC BOYCOTT OF N.C. DUE TO HIS REJECTION OF HB2 REPEAL?

“Roy Cooper ordered Senate Democrats to unanimously vote down a clean, no-strings-attached repeal of HB2, and he needs to say whether he supports William Barber’s economic boycott of North Carolina because of his decision.” 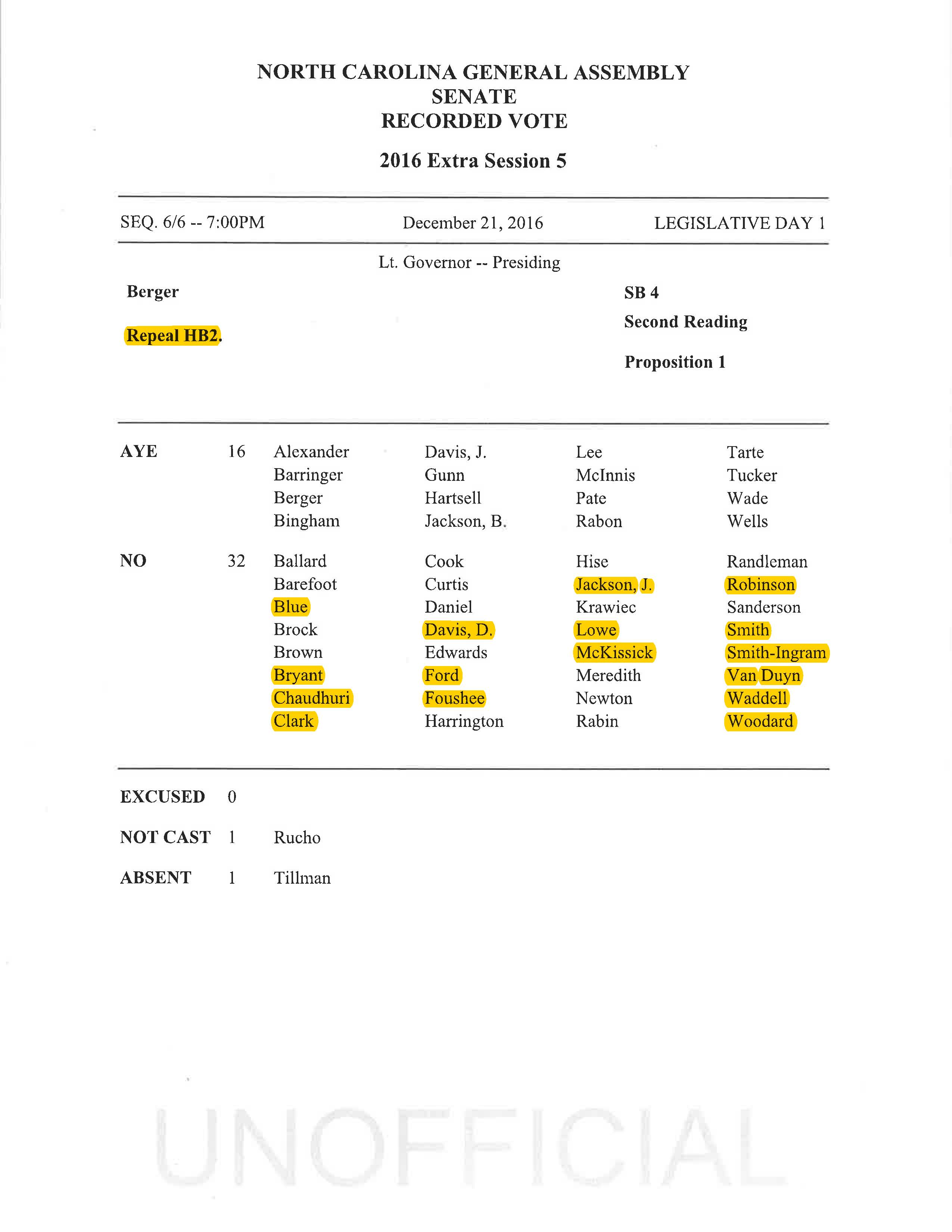