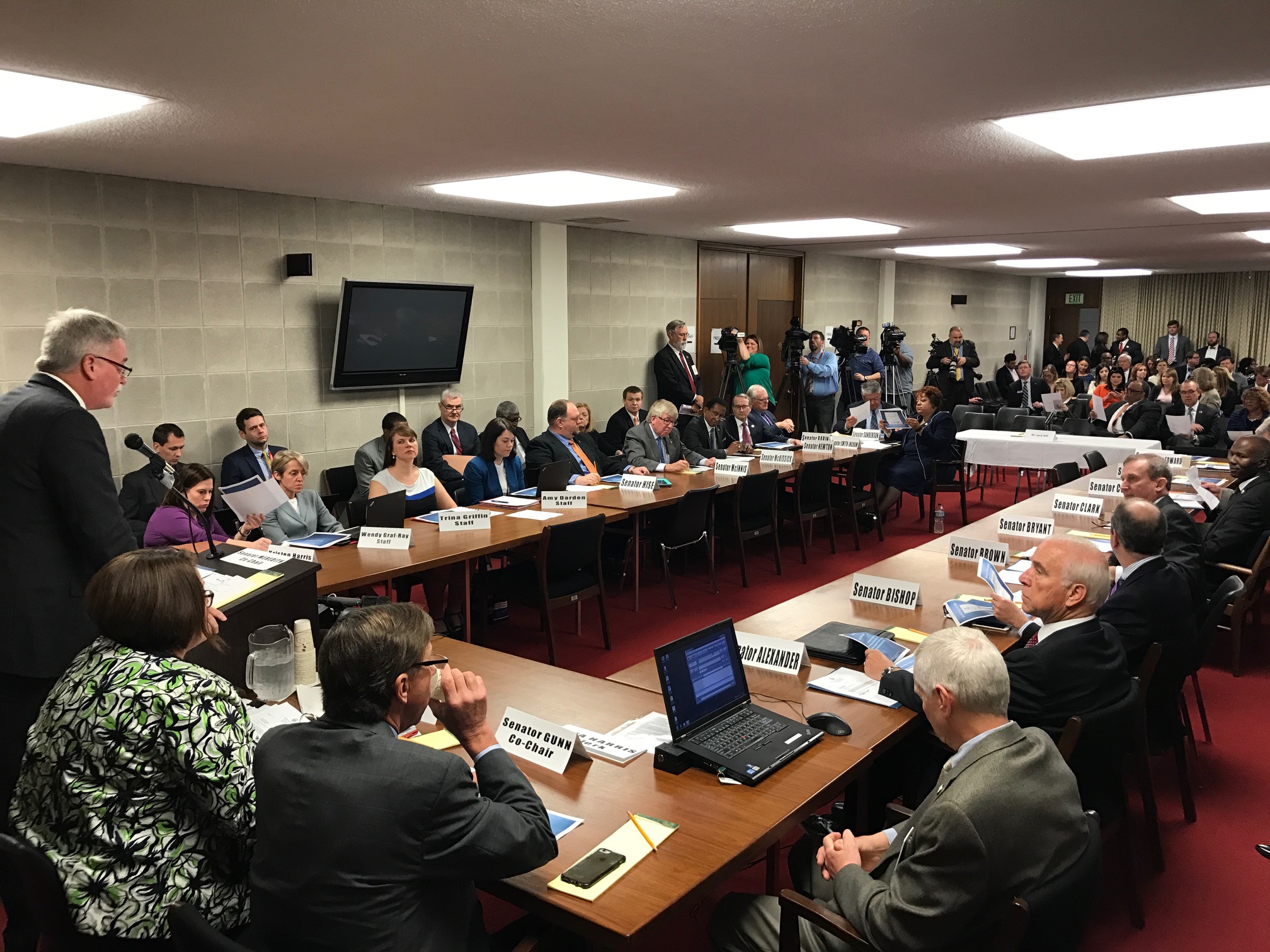 Sen. Wesley Meredith (R-Cumberland), co-chair of the Senate Commerce and Insurance Committee, made the following statement at Wednesday’s committee meeting after Secretary Larry Hall failed to show up to his confirmation hearing a second time:

“As you all know, last week a three-judge panel denied Gov. Cooper’s request to continue blocking Senate confirmation of his cabinet secretaries – as provided for in the state constitution.

“Yet, once again, his nominee is a no-show. We are very disappointed Gov. Cooper has ordered Secretary Larry Hall not to participate in this fair, open and transparent hearing process.

“Committee members, there has been a lot of discussion on whether Gov. Cooper’s secretaries have been formally nominated. Please take a look at the documents before you:

“So it is hard to conceive how anyone could argue with a straight face that he is not yet nominated.

“As we have said all along, the purpose of the confirmation hearings is to determine whether Gov. Cooper’s cabinet secretaries are capable, qualified, without conflicts of interest, and willing to follow the laws of our state and nation.

“By disrespecting this process, Secretary Hall is openly defying a law that has been backed up by the courts and is plainly allowed in the constitution.

“While, through his actions, Gov. Cooper has made clear he doesn’t always respect and follow the law, Secretary Hall took an oath of office and must uphold it. He has a fiduciary duty to the people of this state to obey the law – even if the governor directs him not to.

“As of right now, Secretary Hall is failing one of the three basic tests we need to see to prove basic fitness for the role he is currently serving. That is one of the criteria we will consider when determining whether to move his nomination forward.

“Secretary Hall is a former member of the General Assembly and longtime colleague. We have tried to afford him every courtesy because we believe he has a great deal of respect for this institution. So we will give him one more opportunity tomorrow to come back before this committee, follow the law and answer questions about his qualifications and background – just like President Trump’s cabinet nominees did before the U.S. Senate.

“If he does not, he should bear in mind there are consequences when state officials refuse to follow the law.

“This meeting is adjourned.”