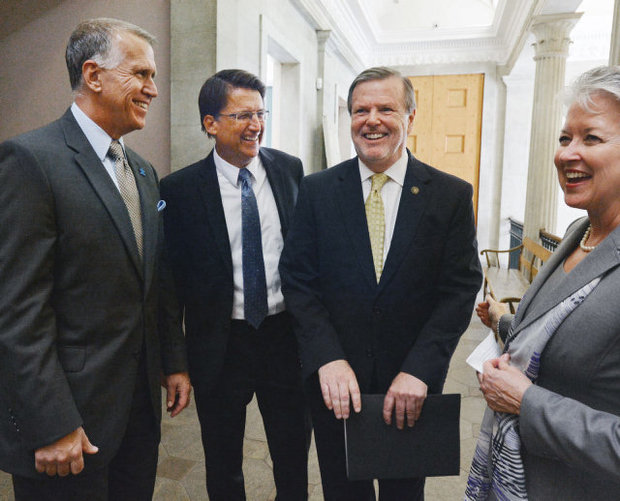 “Gov. McCrory leaves a tremendous positive legacy for our state and deserves a great deal of credit for graciously conceding an election that brought much-needed attention to the potential for fraud, and other weaknesses, in our state's election system. We will work with Gov.-elect Cooper to address these problems and to make certain voters have confidence in the outcome of future elections.

“We hope Gov.-elect Cooper is willing to work with us to continue improving public education and cutting taxes on families and job creators – policies championed by Gov. McCrory that have generated budget surpluses, robust economic growth and hundreds of thousands of new jobs. Given that Gov.-elect Cooper won his new office with a razor-thin plurality, it is clear there is no groundswell of public support for his campaign pledge of a massive income tax increase on our state's citizens and businesses.”