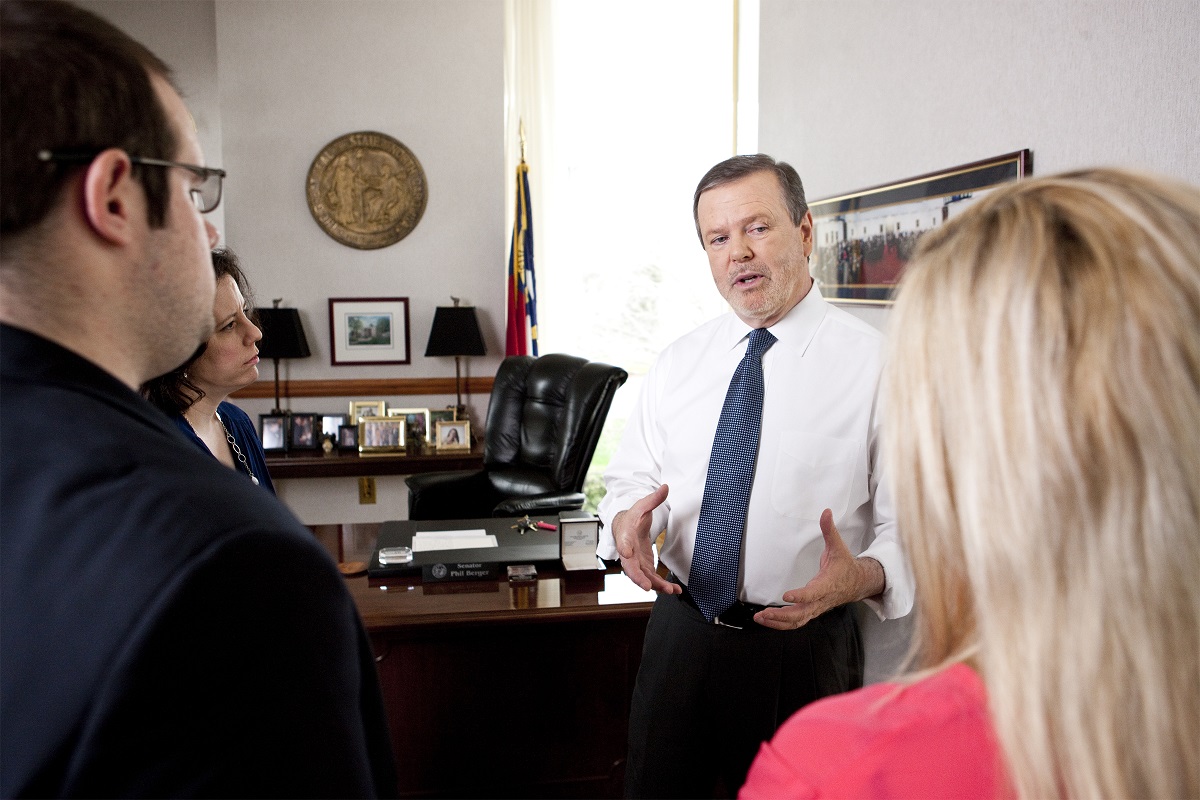 Senate Leader Phil Berger (R-Rockingham) issued the following response Wednesday to a press conference hosted by Equality NC, the ACLU and other far-left groups that called on the General Assembly to allow a radical Charlotte City Council ordinance allowing men to share public bathrooms and locker rooms with young girls and women to go into effect:

“Now that he’s done pandering to far-left primary voters, expect the first of many Roy Cooper flip-flops, accompanied by a dramatic announcement that he will do his job and finally stop this illegal and dangerous policy of forcing women and girls to share their bathrooms with grown men.”

Republican lawmakers have noted for weeks that Attorney General Roy Cooper has admitted state laws trump local ordinances and is the one person with the power to stop this ordinance and enforce the state’s criminal laws.