Berger thanked members of the House and Senate for their tireless work to solve some of the state’s biggest challenges over the past six years. 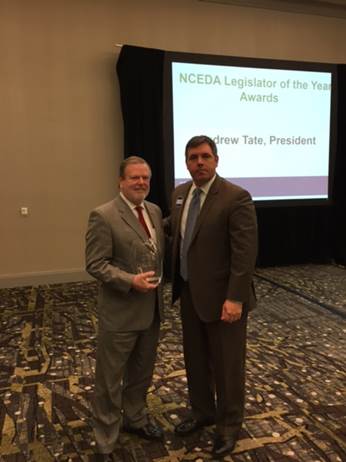 An excerpt of his prepared remarks is below:

“It’s an honor to receive this award alongside my good friend, Speaker Tim Moore. Speaker Moore has shown tremendous leadership on so many of the issues I’ll be touching on today.

“But I think he would agree that it is the members of the House and Senate who aren’t standing up here today who are to be truly commended for their tireless work to solve some of our state’s biggest challenges over the past six years.

“Call me biased, but North Carolina is blessed with some of the most abundant natural resources, the finest research universities, and the most creative and hardworking people in the entire country. We should all be proud of our state.

“And no matter how many people try to claim that – just because of one divisive social issue – the sky is falling or North Carolina doesn’t have one of the most competitive economies in the nation, the facts speak for themselves.

“Here are just a few of our recent national rankings: