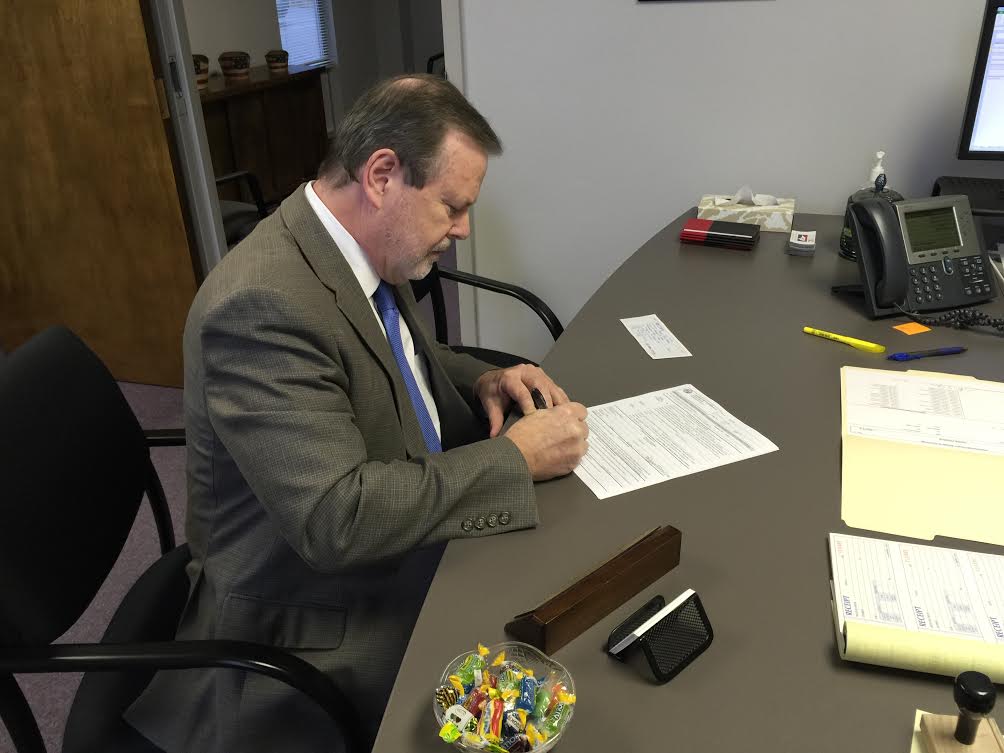 Berger touted the General Assembly’s work to cut taxes, reform public education and protect conservative values. Republicans won a majority in the State Senate in the 2010 elections for the first time in 140, and they elected Berger to be their chamber’s leader. When they took office in 2011, North Carolina’s unemployment rate was above 10 percent. The state’s personal income and business taxes were the highest in the Southeastern United States, and the state faced a $2.5 billion dollar budget deficit.

Berger led a Senate team that cut taxes for working families and job creators – their tax reforms cut the personal income tax from a high of 7.75% to 5.49%, with a zero-tax bracket for lower-income families and cut the regressive, “temporary” billion-dollar sales tax Gov. Bev Perdue raised. They passed comprehensive regulatory reform to get government bureaucrats off the backs of small businesses, initiatives to ensure students learn to read by third grade, pay raises for public school teachers, common-sense voter ID laws, pro-life legislation, the traditional marriage amendment, measures to stop Obamacare from expanding in North Carolina, and a bill Berger personally sponsored to protect magistrates who choose to opt out of performing gay marriages because of strongly-held religious convictions.

Today, North Carolina’s unemployment rate has been nearly cut in half, and the state’s economy has created over 300,000 new jobs. K-12 graduation rates are at an all-time high, working families have more money in their paychecks, the state is investing in new roads and infrastructure, and the state budget is generating surpluses. The nonpartisan Tax Foundation said North Carolina’s rise from 44th to 15th in the nation in business tax climate is the most dramatic turnaround in the history of the rankings. Forbes last month rated North Carolina the second best state in the entire country for business.

For more on the Senate’s accomplishments under Berger’s leadership, visit his website: philberger.org.

“It’s an honor to serve the people of Guilford and Rockingham counties in the State Senate, and I’m proud of the work we’ve done to ignite a remarkable turnaround for North Carolina over the past five years,” Berger said. “But there’s more to do to grow our economy, improve our schools and fight for traditional conservative values. With recent retirement announcements in the Senate, I’m excited about the opportunity to work with a new crop of principled conservatives to build on our reforms and continue making North Carolina the best state in the country to live, work and raise a family.”

Berger, an attorney and father of three, took an unlikely road to the State Senate. Click here to watch his story.