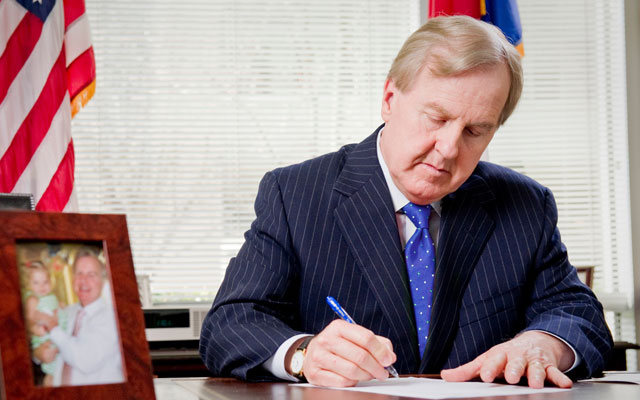 An appropriations amendment introduced by U.S. Rep. Robert Pittenger and supported by all Republican members of North Carolina’s U.S. House delegation passed late Wednesday evening and made clear that it is illegal for the Obama administration to withhold federal tax dollars paid by North Carolinians from them.

“I applaud Congressman Pittenger and the Republican members of North Carolina’s U.S. House delegation for their courage and conviction in standing up to the Obama administration’s bullying tactics and efforts to deny basic privacy and safety to the people of our state,” said Senate Leader Phil Berger (R-Rockingham.) “I hope North Carolina’s U.S. senators will follow their lead and fight this blatant abuse of power by out-of-control federal bureaucrats in the Obama administration.”

Earlier this month, the U.S. Department of Justice threatened to withhold federal education dollars from the state based on its radical argument that school-aged boys and girls ought to share the same bathrooms and locker rooms as a condition of receiving funding.